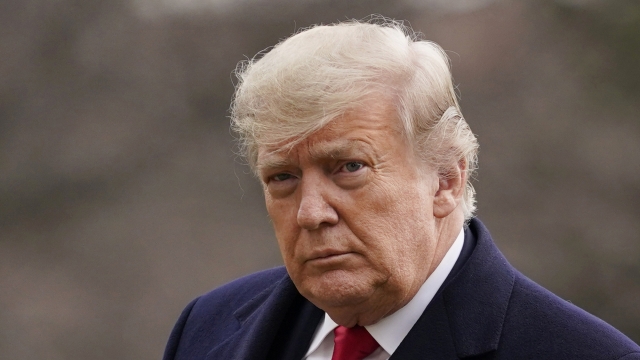 Former President Trump is set to make an appearance at the North Carolina GOP convention this weekend...his first major speaking event since February.

It's the first in what is expected to be a number of rallies and public appearances this summer aimed at boosting hand-picked candidates in key midterm races and continuing to stir speculation about his own political future.

"I think it certainly indicates that he wants to continue to be a king-maker, to have the influence that he has had over the Republican party, I think very much so." said Dr. Michael Bitzer who is a political scientist at Catawba College. "Trying to influence various contests within the 2022 midterms is probably going to be the real test for him."

Also on the schedule are a meeting next week in New Jersey with key Congressional Republicans to discuss the GOP agenda, and another appearance for a Conservative Political Action Conference event in July. The former president has struggled to get his message out after being suspended from Twitter and a newly announced 2-year ban from Facebook along with a recently scrapped blog that lasted just 29 days.

'Whatever President Trump comes up with next,  it won't be something they can cancel," said Trump 2020 advisor Jason Miller.

Still Trump's hold over the party and the possibility that he may run in 2024... will make it difficult for other White House hopefuls to break out, ---like former Vice President Mike Pence who has sought to put some distance between himself and his former boss.,most notably on their different views of the January 6th insurrection.

"You know President Trump and I have spoken many times since we left office, and I don't know if we will ever see eye to eye on that day," said former Vice President Mike Pence.

The former president is also expected to use his upcoming appearances to settle scores with everyone from Dr. Anthony Fauci to those in his party who speak out against his claims the 2020 election was stolen.

"I think the belief system of today's modern Republican Party is whatever Donald Trump says we believe in," Bitzer said. "