Bolton: Trump Not Looking To Reduce US Troops In South Korea 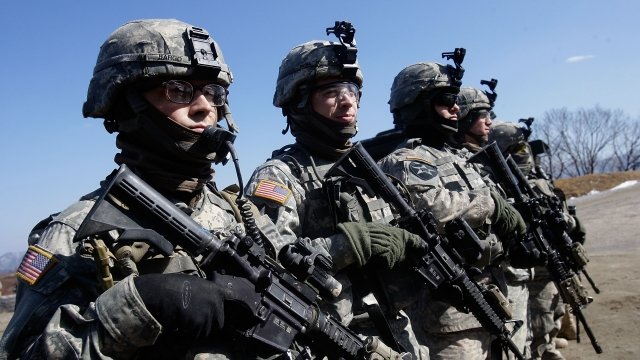 SMS
Bolton: Trump Not Looking To Reduce US Troops In South Korea
By Katherine Biek
By Katherine Biek
May 4, 2018
The New York Times previously reported the president ordered the Pentagon to come up with some options to withdraw U.S. troops from South Korea.
SHOW TRANSCRIPT

This comes after The New York Times, citing several unnamed sources, said the president ordered the Pentagon to come up with some options to do just that.

The Times report comes after leaders from both North Korea and South Korea met in late April and agreed to denuclearization and to "completely cease all hostile acts against each other."

If those peace talks continue, the Times pointed out the need for U.S. troops in South Korea might not be necessary. 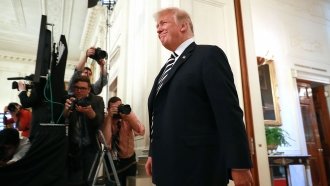 U.S. forces have been stationed in the country for decades. But their main mission is to act as a deterrent instead of engaging in combat. There are currently about 28,000 U.S. troops in South Korea.

Trump's previously complained about how much it costs the U.S. to maintain a military presence on the Korean peninsula.

For its part, South Korea said it wants U.S. troops to remain in the area even if a peace treaty is signed.