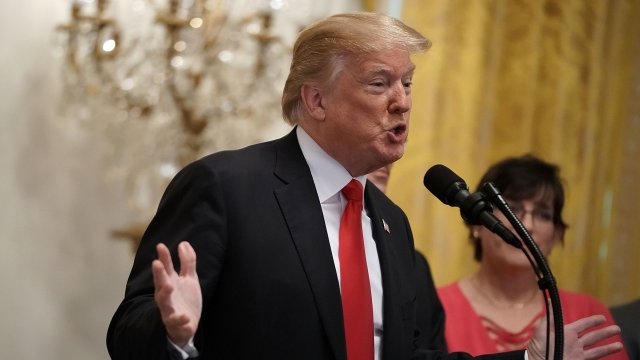 Fox News reported Thursday that Trump has finished interviewing possible contenders and is expected to announce his final decision to the public on Monday.

Kennedy announced his plans last month to step down from the bench. At the time, Trump told reporters he planned to use the same list of names from which he chose Neil Gorsuch, who was nominated to replace the late Antonin Scalia in 2017.

As of Thursday, an unnamed source with knowledge of the selection process told NBC News that the pool of possible contenders had been narrowed down to three.

Senate Majority Leader Mitch McConnell has already said the Senate will vote on Trump's nominee in the fall.