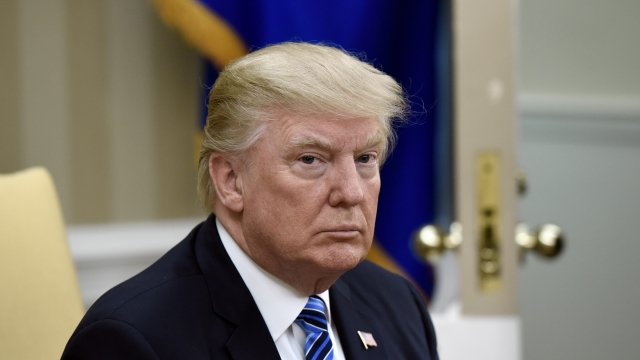 SMS
Trump Promises US Farmers Will Be 'Better Off' After Tariffs
By Ethan Weston
By Ethan Weston
April 9, 2018
Farmers don't seem as confident as the president.
SHOW TRANSCRIPT

President Donald Trump says U.S. farmers will ultimately be "better off" because of the U.S.' growing trade dispute with China.

China announced $50 billion in retaliatory tariffs on products like soybeans, pork, corn, wheat and beef. Rural economies would likely be the hardest hit by new tariffs.

Farmers aren't exactly happy with that prospect, and a number of farming groups have come out in opposition to the proposed tariffs on Chinese imports.

The head of the U.S. Soybean Association told Bloomberg that China's proposed tariffs would be "devastating" for every soybean farmer in the country. And two U.S. wheat farmers associations said in March the Trump administration's decision to pursue tariffs against China was "dismaying."

The U.S. Department of Agriculture has said farm profits could reach a 12-year low this year even before the proposed tariffs.