Trump Praises Libyan General Amid His Attempt To Seize Tripoli 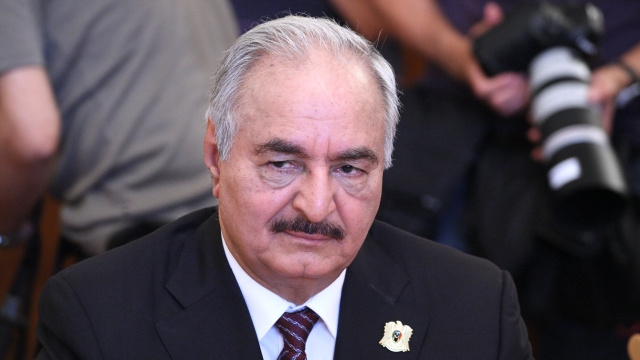 SMS
Trump Praises Libyan General Amid His Attempt To Seize Tripoli
By Nnamdi Egwuonwu
By Nnamdi Egwuonwu
April 20, 2019
Khalifa Haftar now has the support of President Trump after launching a military operation against the UN-backed Libyan government.
SHOW TRANSCRIPT

President Trump sparked protests in Libya after praising a military-opposition leader in what appears to be a reversal in U.S. policy.

According to the White House, President Trump spoke on Monday with Khalifa Haftar, a rogue military general who is currently leading troops to take over the U.N.-backed government in Tripoli.

Aljazeera reports that the comments incited anger in Libya’s capital as residents perceived President Trump’s call as an endorsement of Haftar’s military offensive.

Trump’s comments also contradict the U.S. State Department. Earlier this month, Secretary of State Mike Pompeo said “We have made clear that we oppose the military offensive by Khalifa Haftar’s forces and urge the immediate halt to these military operations against the Libyan capital.”