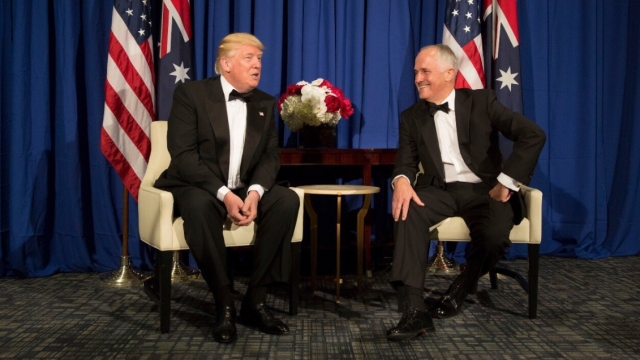 Just hours after celebrating the House's passage of a bill to repeal and replace Obamacare, President Trump met with Australian Prime Minister Malcolm Turnbull. And he offered some unexpected praise.

"We have a failing health care system. I shouldn't say this to our great gentleman and my friend from Australia because you have better health care than we do," Trump said.

It didn't take long for universal health care advocates, like Sen. Bernie Sanders, to jump on the president's comment.

Sanders even created his own video about it and posted it within an hour of Trump's comment. He said he'll "be sure to quote" Trump on the Senate floor.

Trump and Turnbull were meeting in New York City on Thursday. It came over three months after the two reportedly got into a heated phone call. But they denied any rift in their press availability.

"We have a fantastic relationship. ... You guys exaggerated that call. That was a big exaggeration. I want to tell you. We had a great call. I mean we're not babies. But we had a great call," Trump told the press.