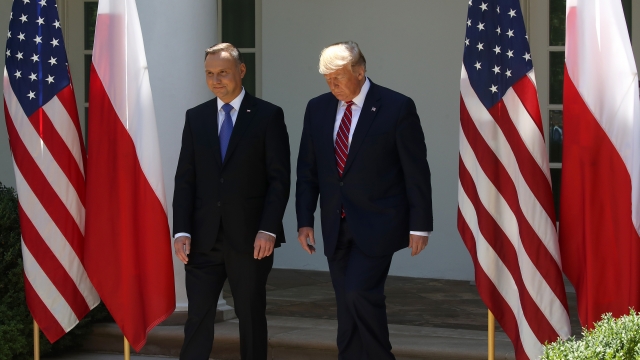 He met with Polish President Andrzej Duda Wednesday at the White House. The two leaders struck a deal to add 1,000 U.S. troops to Poland. President Trump says those troops will be rotated out of Germany.

Russia's deputy foreign minister responded to the U.S.'s decision, calling it "aggressive intentions," according to Reuters. And a top parliamentary lawmaker told Russian state news that if Russia was suddenly attacked, "Poland would become a clear target for a retaliatory strike."

Poland has been increasing security on its eastern border for years in an effort to deter Russia. Warsaw has even offered President Trump a U.S. military base in the country and played with the idea of naming it Fort Trump. But President Trump has pushed back on the idea, saying Russia would likely respond if Poland added a permanent U.S. base.