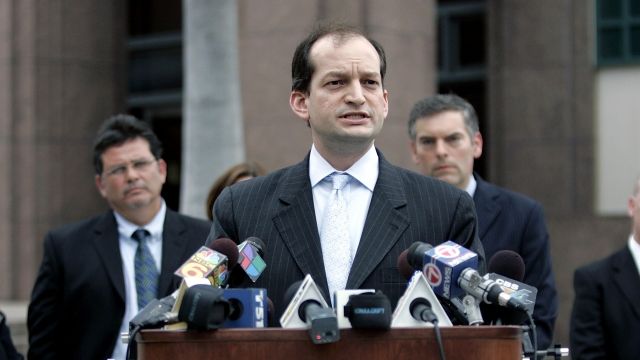 Alexander Acosta has a strong background as an attorney and previously served under President George W. Bush.

Acosta is the dean of the law school at Florida International University, but he's no stranger to presidential appointments.

From climate change to NATO to waterboarding, Donald Trump's most extreme ideas aren't getting support from his Cabinet picks.

Acosta spent less than a year on the NLRB from December 2002 to August 2003. He left the board to lead of the U.S. Department of Justice's Civil Rights Division. In June 2005, Acosta left the division to become the U.S. attorney for the southern district of Florida, a position he stayed in for about four years.

If the Senate confirms him, Acosta's Hispanic heritage would add a bit of diversity to Trump's Cabinet.