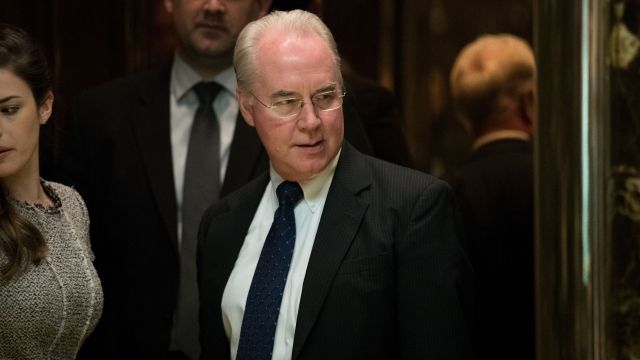 SMS
Trump Appointee Denies Writing Laws To Help Companies He Has Stock In
By Grant Suneson
By Grant Suneson
January 17, 2017
Sen. Chuck Schumer called for an investigation into Tom Price's finances after his investments came to light.
SHOW TRANSCRIPT

One of Donald Trump's Cabinet picks is being accused of using his seat in Congress for personal gain.

A 2015 regulation was set to change the way medical companies are paid or reimbursed, which likely would have hurt the company's profits.

Price wrote a letter opposing the regulation, then introduced a bill to delay that change. Zimmer Biomet's PAC donated $1,000 to Price's campaign two days after he sent the letter. 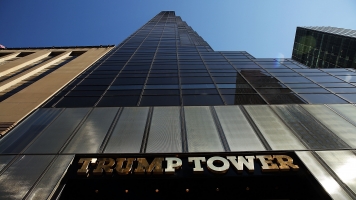 One of Price's aides said the stock was purchased by a broker without the congressman's knowledge and that all of his finances were reviewed by the Office of Government Ethics.

But Democrats weren't convinced Price's actions were ethical or even legal.

"And the legislation specifically affects implants. He puts it in a week after he buys the stock? That cries out for an investigation," Sen. Chuck Schumer told CNN.

This is the second time in a month Price's portfolio has been criticized. The Wall Street Journal reported he had at least $300,000 tied up in dozens of medical companies while he helped pass a law allowing drugs and medical devices to get approved more quickly.

This will likely be a big talking point during Price's Senate confirmation hearing for Health and Human Services secretary. If confirmed, he promised to divest from all of those stocks.