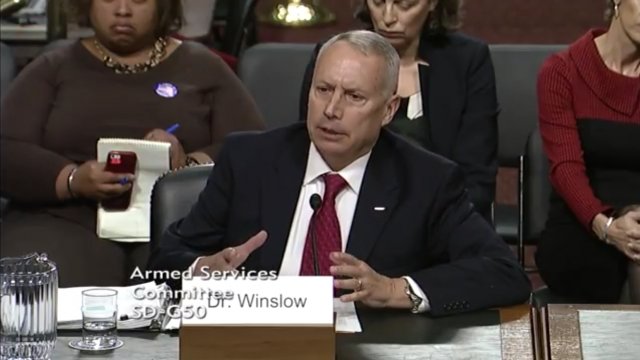 The man President Donald Trump tapped for a top Pentagon position appears to have a different opinion on gun policy.

"I may get in trouble with other members of the committee, just say how insane it is that in the United States of America, a civilian can go out and buy a semi-automatic assault rifle like an AR-15, which apparently was the weapon that was used," Winslow said.

Dr. Dean Winslow testified Tuesday in front of the Senate Armed Services Committee for his confirmation hearing. He's the nominee for the Department of Defense assistant secretary of defense for health affairs.

Winslow was asked about the suspected shooter in the Texas church attack. The suspect was convicted of domestic violence, and Sen. Jeanne Shaheen asked if Winslow thinks the gunman should've received a "dishonorable discharge" from the military rather than a "bad conduct" discharge.

The Texas attack killed at least 26 people, and officials say the suspect used a Ruger AR-556, a variant of the AR-15. 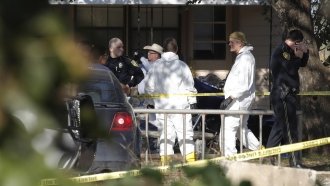 After the shooting, Trump said gun violence stems from a mental health problem, not a "guns situation." He also suggested tougher gun laws could have made this shooting even worse, touting the "good guy with a gun" argument.

On the policy side of things, a number of lawmakers put forth gun control bills after the Las Vegas shooting. A bump stock ban gained some momentum, but the proposals appear to have stalled in Congress.