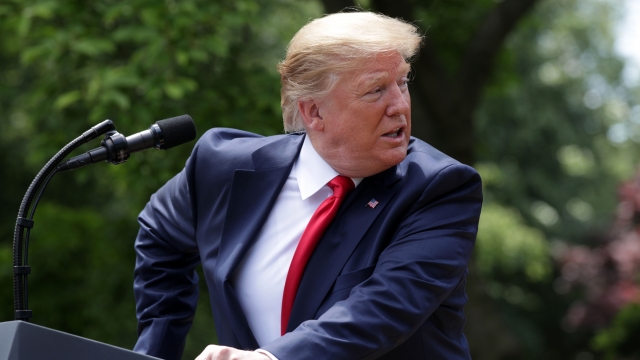 President Trump has issued a full pardon to a former U.S. soldier who was sentenced to prison for killing an Iraqi prisoner.

A military court convicted former Army 1st Lt. Michael Behenna of unpremeditated murder in a combat zone in 2009 after he killed a suspected al-Qaeda terrorist.

Behenna, who said he acted in self-defense, admitted during his trial that he'd been interrogating the prisoner without authorization and had stripped him naked at the time of the incident. He was originally sentenced to 25 years, but that was later reduced to 15 years and he was paroled in 2014.

In a statement, White House press secretary Sarah Sanders said that two judges on the Army's highest appeal court "noted concern about how the trial court had handled Mr. Behenna's claim of self-defense." She also pointed to the "broad support" he'd received from the U.S. military and elected officials in his home state of Oklahoma.

This is the eighth pardon President Trump has granted so far during his time in office, and his second to a former member of the U.S. military. He previously pardoned a former Navy sailor who'd been sentenced to prison for taking photos inside a classified area of a nuclear submarine.