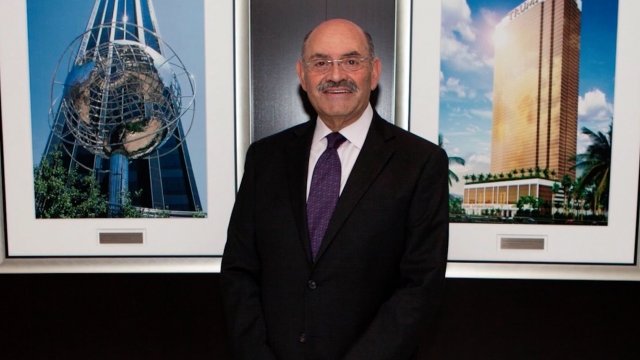 One of President Trump's longtime associates has received immunity by federal prosecutors.

Allen Weisselberg has worked for the Trump Organization for decades. He's currently the chief financial officer. He was also treasurer of the Donald J. Trump Foundation, the president's charitable organization.

Weisselberg was subpoenaed by prosecutors to testify before a grand jury as part of the investigation into Michael Cohen.Earlier this week, Cohen admitted he paid off two women who said they had affairs with Trump before he was president. Cohen talked about Weisselberg in a tape recording about one of those payments.

This news comes a day after another person connected to President Trump received immunity.David Pecker, CEO of American Media Inc., which publishes the National Enquirer, got immunity in exchange for information on those payments.The Associated Press reported Thursday that the National Enquirer had kept a safe full of "damaging" stories on Donald Trump that it suppressed prior to him being elected president in 2016.