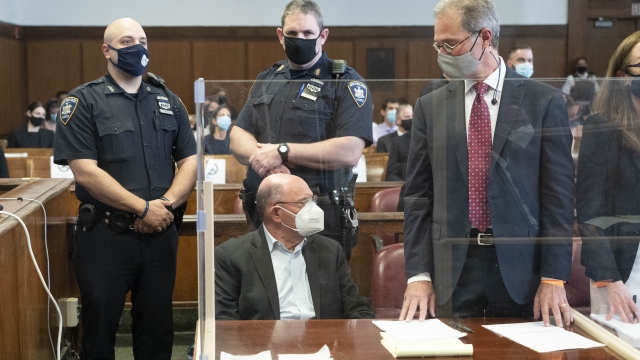 The Trump Organization and its Chief Financial Officer Allen Weisselberg are facing their first criminal charges ever. Weisselberg was led into the courtroom Thursday afternoon in handcuffs. A grand jury in Manhattan indicted him in what a prosecutor called “sweeping and audacious” tax fraud.

In the 15-count indictment, prosecutors say they’ve traced a scheme as far back as 2005 "to compensate Weisselberg and other Trump Organization executives in a manner that was 'off the books' through indirect or disguised means."

Prosecutors allege  the organization gave perks to senior employees that would lower their tax burden. Former President Trump’s company allegedly paid for Weisselberg’s car leases, utilities, rent, even private school for his family. The school checks were signed by Trump himself. The state and city, cheated out of income taxes. The Trump Organization paid lower payroll taxes allegedly.

Attorney Geoffrey Nathan specializes in white collar crime and is not connected to this case. He says it's rare to see corporations charged with tax crimes because they’re afforded more protections in the tax code.

Weisselberg helped run Trump’s companies when he was president and has worked for the Trump family since 1973. He's remained fiercely loyal to the former president and is now under pressure to flip.  Some, like a former daughter-in-law, believe seeing his name on an indictment might change things.

Nathan says there's little incentive for him to flip or take a plea agreement, in part because it could be year before the 73-year-old is actually tried.

"His life is on the line. He’s 74 years old. He gets 3 years, 5 years, whatever it is. That's real time when you’re in your golden years. He doesn't want to be away from his wife and his sons and his grandchildren," Cohen said.

But the clock is ticking for Manhattan District Attorney Cy Vance who is leaving office soon. Still, for now, former President Trump is not directly implicated, though  New York Attorney General Lititia James says, "This investigation will continue, and we will follow the facts and the law wherever they may lead."

In a statement, the Trump Organization alleged Weisselberg is being used “as a pawn in a scorched-earth attempt to harm the former president."

Both the organization and Weisselberg have pleaded not guilty.