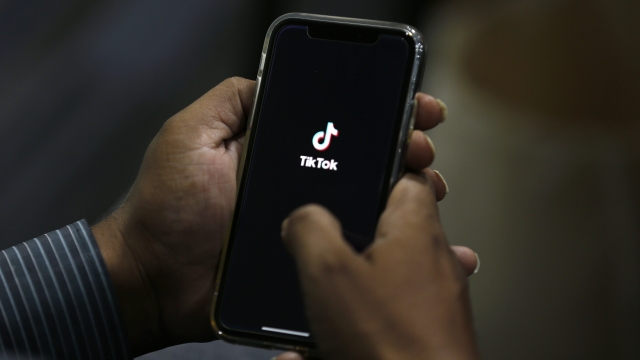 TikTok employees are preparing to take President Trump to court, claiming he is violating their constitutionally guaranteed rights.

“It is quite rare, frankly, for the U.S. government to be interjecting itself into this basic conversation between users and the Internet, said Scott Shackleford, Associate Professor of Business Law and Ethics, and Chair of the Indiana University's Cybersecurity Program.

The legal fight comes on the heels of the president’s Executive Orders last week banning TikTok and WeChat. He says the popular apps pose a threat to national security and allow China to spy on the U.S. The company is said to be getting ready to sue as well.

The employees say the ban threatens their jobs because it prohibits “any transaction by any person” with TikTok and its parent company ByteDance. Some legal experts have said it also violates the first amendment right to free speech.

Companies can be blocked a couple ways. The president can put them on an entity list — like what was done with the Chinese tech company Huawei. Or he can invoke the International Emergency Economic Powers Act, which was the approach with TikTok. The president has broad authority to block business dealings or freeze assets with countries deemed a threat, like Iran or China.

“There's been more than 35 national emergencies enforced that have triggered these type of IEEPA sanctions. But the way it's being used in this context is pretty unique," Shackleford said. "China historically has used national security as an excuse. Right. To govern all kinds of behaviors.”

“According to TikTok’s privacy policy, they collect common things such as your name, email address and IP address," said Randy Magiera, Cybersecurity Expert and Professor at Tulane University.  "These are common data points to collect, you will see that in many applications.”