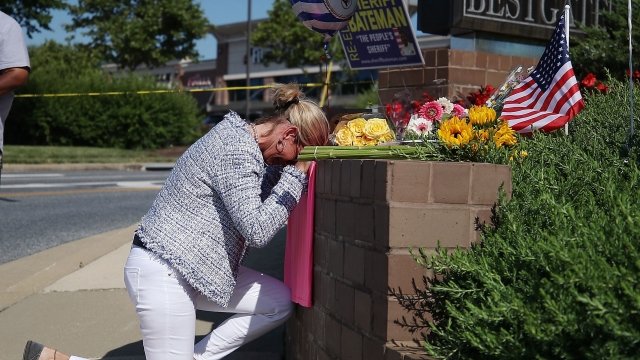 President Donald Trump has ordered American flags to be lowered to half-staff to honor the victims of the Capital Gazette shooting.

Trump issued the order in a presidential proclamation Tuesday, saying: "Americans across the country are united in calling upon God to be with the victims and to bring aid and comfort to their families and friends."

Five people were killed at the Capital Gazette in Annapolis, Maryland, after a shooter opened fire in the newsroom last week.

In the days after the attack, Annapolis Mayor Gavin Buckley asked Trump to order American flags to be lowered in remembrance of the victims.

But Buckley told reporters the White House initially denied his request. He said Monday: "This was an attack on the press. It was an attack on freedom of speech. It's just as important as any other tragedy."

Trump's order will be in effect until sunset on Tuesday.