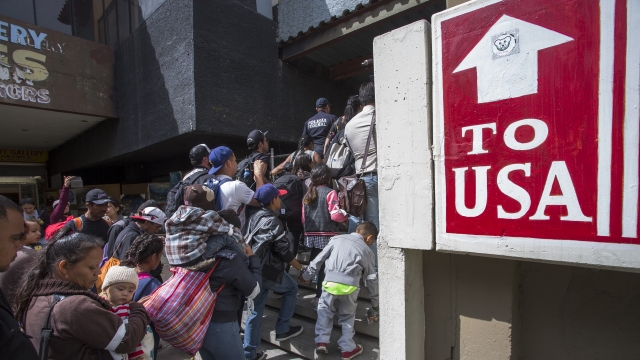 President Donald Trump ordered his administration to make some major changes to the U.S. asylum process.

The president announced the new measures in a presidential memorandum issued Monday. They require asylum-seekers to pay a fee when filing their applications and require courts to rule on asylum claims within 180 days.

President Trump also wants to ban anyone who crosses the border illegally from receiving a permit to work in the U.S. until their claim is approved.

Border agents have been dealing with an unprecedented number of migrants attempting to enter the U.S. from Mexico. Customs and Border Protection officials apprehended more than 92,000 people between ports of entry in March. Agents additionally denied entry to nearly 11,000 asylum-seekers who were deemed "inadmissible."

This latest memo from President Trump was issued one week after he ordered cabinet officials to come up with options to limit the number of foreigners in the U.S. who are overstaying their temporary visas.