Trump On Outsourcing: 'I'm Upset With Our Leaders For Being So Stupid' 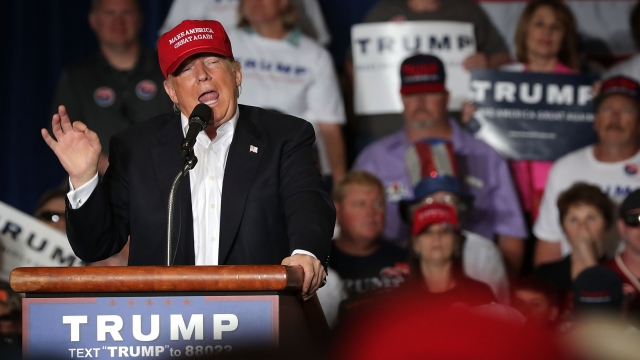 Donald Trump's recent speech at a rally in Delaware is making headlines for his impersonation of an Indian call-center worker.

"So I called up under the guise that I'm checking on my card and said 'Where are you from?' 'We are from India.' 'Oh great, thanks; that's all I need to know.' India's a great place. I'm not upset with other leaders. I'm upset with our leaders for being so stupid," Donald Trump said.

That accent got a lot of attention from the media, but the larger context of Trump's speech centered around his critique of how U.S. leaders negotiate international trade deals.

Trump tailored his Delaware speech to focus largely on the economy. He went on to praise India as well as several East Asian trade partners but doubled down on the need for jobs to move back to the U.S.

The GOP front-runner has been firm in his stance on outsourcing, claiming he would never eat Oreos again after the company moved part of its production to Mexico. He's also said he would force Apple to make more things in the U.S.

But he'd also have to apply that view to his own brands. Most of Trump's menswear is imported, and almost all of his daughter's fashion line is produced in China.

Trump has acknowledged his own ties to outsourcing, but says he would put an end to it if he becomes president.

This video includes clips from ABC, Oreo, The Guardian and Donald J. Trump for President Inc. and images from Getty Images.