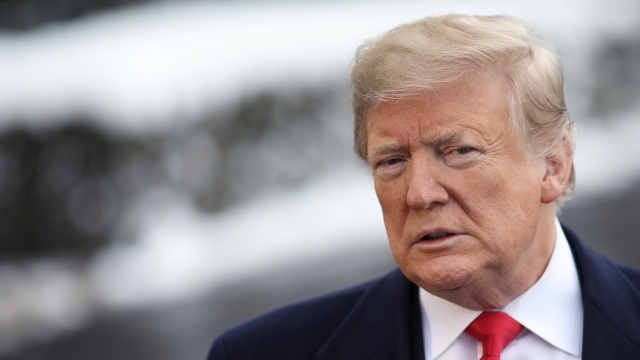 President Trump says he's not currently considering a pardon for Roger Stone, and the president distanced himself from his former adviser in an interview with CBS.

Speaking to "Face the Nation," Trump called Stone "somebody that I've always liked." But he said Stone "didn't work on the campaign, except way, way at the beginning."

Stone was recently indicted by special counsel Robert Mueller on charges of witness tampering, false statements and obstruction. Those charges allege Stone broke the law during his period of involvement with the Trump campaign.

Stone pleaded not guilty to all charges last week.