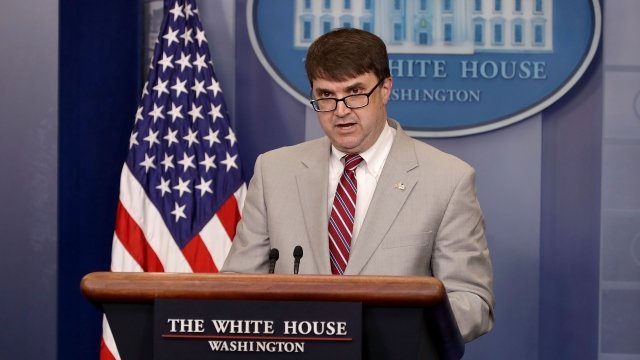 SMS
Trump Taps Robert Wilkie To Head VA
By Caitlin Baldwin
By Caitlin Baldwin
May 18, 2018
Wilkie, who's been serving as acting secretary since late March, appears to have made a good impression on President Trump.
SHOW TRANSCRIPT

"The acting secretary, Wilkie, who by the way has done an incredible job at the VA, and I'll be informing him in a little while. He doesn't know this yet, but we're going to be putting his name up for nomination to be secretary of the veterans administration," Trump said.

Wilkie has been acting secretary since late March and appears to have made a good impression on Trump.

Wilkie is a reserve officer in the United States Air Force. He has over two decades of experience, including serving as assistant secretary of defense for four years during the George W. Bush administration.

Wilkie will now have to be confirmed by the U.S. Senate.