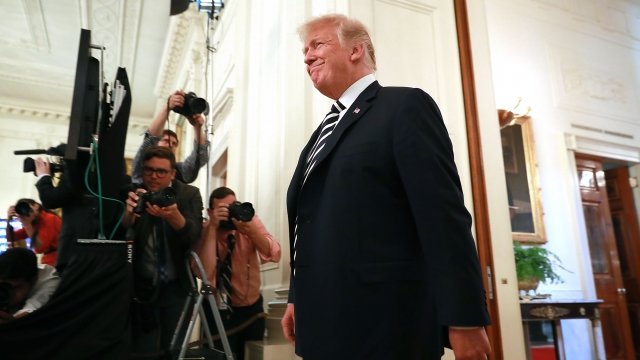 SMS
Trump Nominated For Nobel Peace Prize Over North Korea
By Katherine Biek
By Katherine Biek
May 3, 2018
More than a dozen House Republicans formally nominated the president in a letter sent to the Nobel Committee on Wednesday.
SHOW TRANSCRIPT

President Donald Trump has been nominated for the 2019 Nobel Peace Prize.

More than a dozen House Republicans, led by Rep. Luke Messer, formally nominated the president in a letter sent to the Nobel Committee on Wednesday. They think he should be recognized for his work to end the Korean War and bring peace to the region.

This comes after the leaders of North Korea and South Korea met in late April and agreed to denuclearization and to "completely cease all hostile acts against each other."

There might be some political motivations involved in this nomination, too. Messer is currently locked in a tight three-way primary battle in Indiana for a U.S. Senate seat. 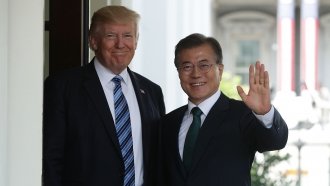 And as the Indianapolis Star notes since all three candidates pretty much mirror each other when it comes to policy issues, "support for Trump and his agenda have become a key litmus test in Indiana."

So far, four U.S. presidents have won the Nobel Peace Prize, with the latest being Barack Obama in 2009.