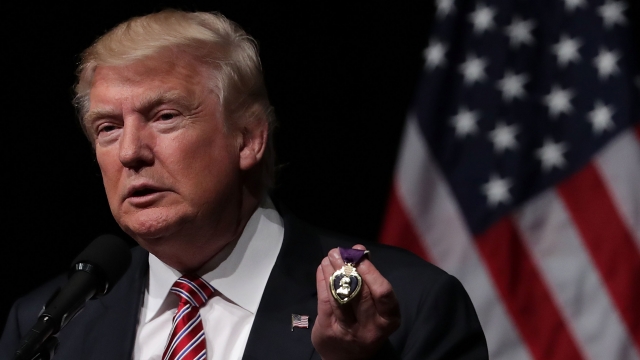 SMS
Trump Might've Needed To Be In A Different City To Make This Point
By Ryan Biek
By Ryan Biek
August 3, 2016
Donald Trump tried to make a point in a Virginia county using factory closures that might have happened in areas hours away.
SHOW TRANSCRIPT

Donald Trump had a point to make Tuesday; he just might have been in the wrong place while making it.

The Republican presidential candidate campaigned in Loudoun County, Virginia, on Tuesday. It's known as one of the wealthiest counties in America and an important battleground in the race for the White House.

SEE MORE: Where Trump Got Challenged Matters As Much As Who Challenged Him

During his rally, Trump listed a number of factory closures as evidence that the area's economy may not actually be doing very well.

But, the Daily Beast argues that several of those factories were hours away from Loudoun County.

Trump hit on at least one issue more directly related to the crowd in attendance: defense spending.

The county prides itself in bringing in big defense and aerospace business thanks to its location.

Census bureau data from past year showed 14 percent of Loudoun County's residents were Hispanic — a demographic Trump has struggled to connect with.

And 2010 data from the Association of Religious Data Archives showed Loudoun County as having one of the highest concentrations of Muslims in the country.

This video includes clips from Airbus, UNC-TV, WJHL and Right Side Broadcasting Donald J. Trump for President Inc. and images from Getty Images.