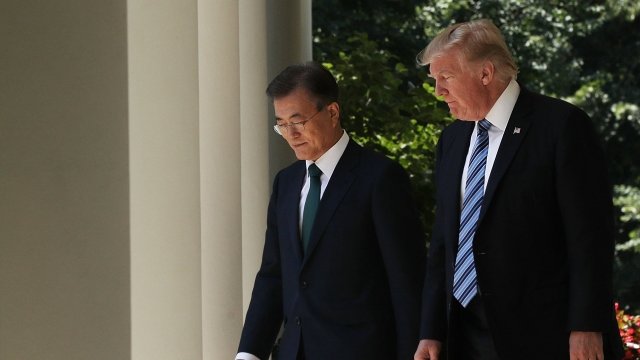 "The era of strategic patience with the North Korean regime has failed. ... And frankly, that patience is over," Trump said.

Trump called out the North Korean regime for brutality, and pledged he would defend U.S. allies in the region. The administration recently imposed new economic sanctions on the regime.

Moon was initially less confrontational toward North Korea, and more skeptical that U.S. military power would help the region. But he took a much harder line during his visit. 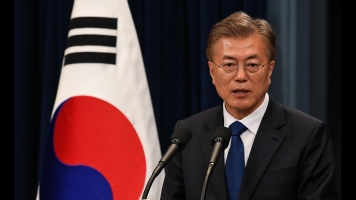 Moon said: "National security leaves no room for either compromise or concession. On this occasion, the U.S. and President Trump's firm resolve for the alliance is noted with great appreciation."

But the administration also hit out at the U.S.'s $17 billion trade deficit with South Korea. Commerce Secretary Wilbur Ross noted that trade imbalance has doubled since a free trade agreement went into effect.

The White House said U.S. Trade Representative Robert Lighthizer has been directed to start renegotiating that deal. Trade between the two countries was estimated at $144 billion last year.