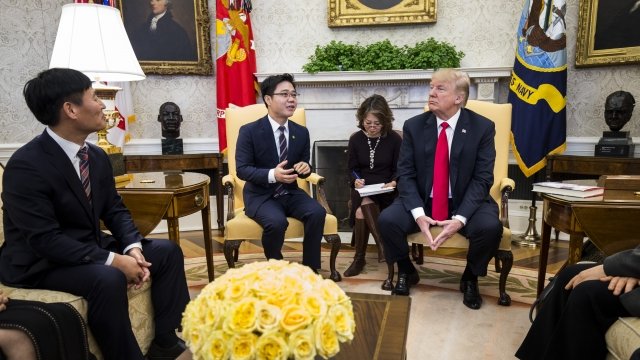 Some defectors told their stories on camera, while others remained in a separate room.

In an apparent effort to highlight human rights abuses under Kim Jong-un, President Donald Trump met with a group of defectors from North Korea.

Eight defectors visited the White House on Friday. Some told their stories on camera, while others remained in a separate room over fears for their safety.

Ji Seong-ho advocates for other North Korean refugees and supports humanitarian intervention in the communist country.

One of Trump's guests, Ji Seong-ho, also made an appearance at his State of the Union address. After escaping North Korea, Ji made his way to Seoul, South Korea, where he now helps others escape.

Some experts speculate the meeting could be aimed at putting more pressure on Pyongyang.