'DO NOT CONGRATULATE' Leak Reportedly Leads To White House Angst 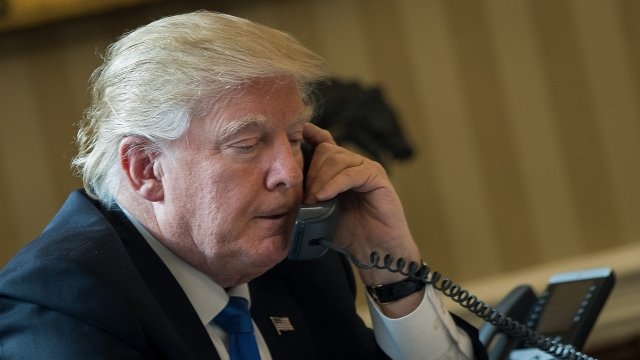 SMS
'DO NOT CONGRATULATE' Leak Reportedly Leads To White House Angst
By Matt Picht
By Matt Picht
March 21, 2018
Reports that President Trump disregarded his advisers during a phone call with Vladimir Putin has the White House worried about a high-level leaker.
SHOW TRANSCRIPT

The Washington Post says President Trump's congratulatory call to Russian President Vladimir Putin flew in the face of a written "DO NOT CONGRATULATE" message in briefing notes from his national security advisers. But where did the Post get that info?

The briefing materials for Trump's phone call should have only been available to a few very high-level people in the White House. The idea that one of those officials leaked to the Post has reportedly roiled the White House, infuriating both Trump and White House chief of staff John Kelly.

Trump's had private details of his conversations with world leaders show up in the press before, typically in unflattering ways. But this latest leak is drawing flak for potentially damaging Trump's presidency.

Sen. Marco Rubio told reporters, "I don't like what he did, but I really hate that there's someone in his inner circle willing to leak this stuff." 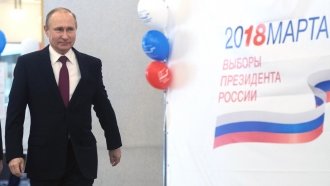 The theory here is that the president needs to be able to have private, candid conversations with world leaders in order to effectively direct his foreign policy. Trump can't do that if he's worried about one of his advisers trying to embarrass him in the press.

But while the leaks might be bad for Trump, they can add valuable insight into how the White House functions — or doesn't. Knowing more about internal White House tensions over Russia can inform how people view the administration's public stances on Putin.

Trump himself hasn't been shy about sharing his cordial communications with Putin.

Trump told reporters, "We had a very good call, and I suspect that we'll probably be meeting in the not-too-distant future to discuss the arms race, which is getting out of control."