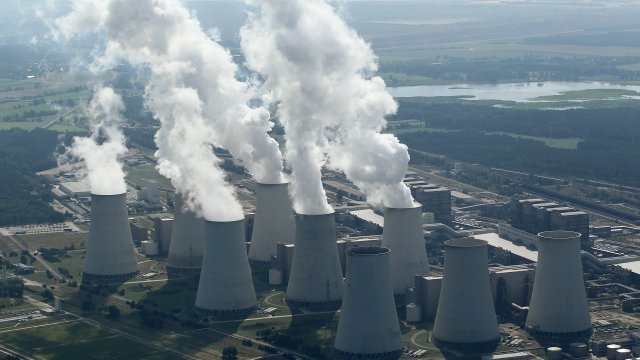 By Gabrielle Ware
August 22, 2017
The Trump administration ended the panel that explains the federal climate change report to the public.
SHOW TRANSCRIPT

The Trump administration just disbanded another federal advisory panel. This one examined the effects of climate change.

The National Climate Assessment Panel came to an end Sunday. Here's why that matters.

The group is tasked with evaluating a federal climate report and giving recommendations to the administration based on its findings. The report is mandated by Congress every four years to assess the state of climate change in our country and its potential effects.

A draft leaked in early August showed temperatures have risen drastically over the past few decades and human actions are likely to blame.

Some researchers told news outlets they were concerned that information would be buried or altered by the Trump administration before it had a chance to go public.

There doesn't seem to be proof that would happen. But with no expert panel to interpret the report, government agencies could struggle to apply its findings to their jobs.

President Trump and his administration have already made it clear that climate change isn't exactly a top priority.

Trump recently pulled the U.S. out of the Paris climate agreement and Environmental Protection Agency director Scott Pruitt has questioned the scientific consensus that carbon dioxide is a main contributor to global warming.

Pruitt does believe that climate change is occurring but says the extent of human impact on that process is debatable.

The National Oceanic and Atmospheric Administration says the federal report will still be completed by next year despite the panel's dissolution.