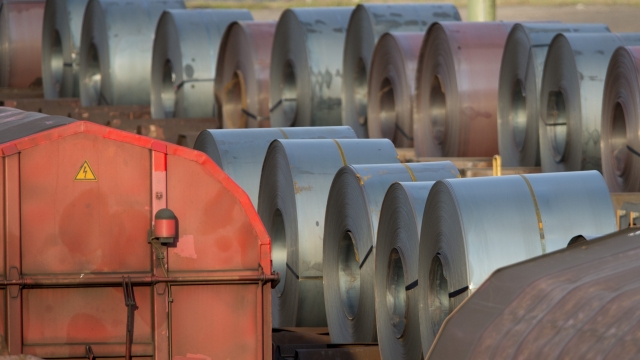 The Trump administration is imposing tariffs on steel and aluminum from Brazil and Argentina, effective immediately.

In a tweet Monday morning, President Donald Trump wrote, "Brazil and Argentina have been presiding over a massive devaluation of their currencies. Which is not good for our farmers."

The president then called on the Federal Reserve to take action to prevent other countries from currency manipulation, saying, "This makes it very hard for our manufactures & farmers to fairly export their goods."

Trade tensions had appeared to ease as the Trump administration prepares for the 2020 presidential election, especially with China. President Trump and Chinese President Xi Jinping held high-level trade talks in October, and in November discussed rolling back tariffs on about $360 billion worth of Chinese imports in order to make a trade deal happen.