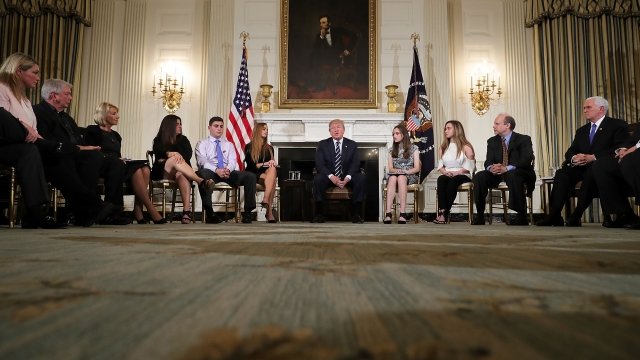 In President Donald Trump's listening session with those impacted by school shootings, he asked for suggestions on how to prevent future violence.

Several students, teachers and parents offered their own ideas. Trump offered his support for some suggestions but didn't speak much on others.

"It would be teachers and coaches. If the coach had a firearm in his locker ... he wouldn't have had to run," he said. "He would have shot, and that would have been the end of it. It's certainly a point we'll discuss, but concealed carry for teachers. ... You can't have 100 security guards in Stoneman Douglas."

Trump didn't seem to support the idea of banning certain types of weapons. He did say his administration was looking carefully at stronger background checks and the legal age to purchase guns. He also said his administration would focus more on mental health and suggested creating more mental institutions for people who might be a threat to themselves or others.