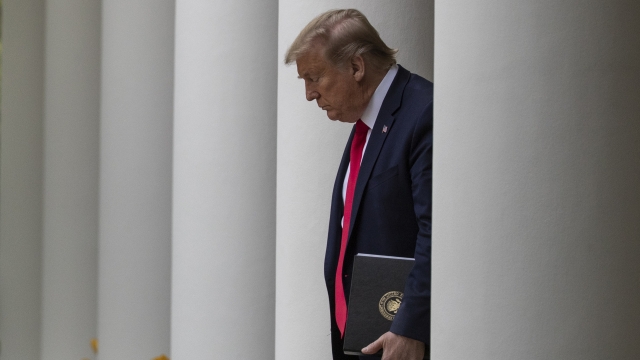 SMS
Trump Halts World Health Organization Funding Over COVID-19 Response
By Katherine Biek
By Katherine Biek
April 15, 2020
President Donald Trump said the WHO "must be held accountable" for not acting fast enough to sound the alarm on COVID-19.
SHOW TRANSCRIPT

On Tuesday, President Donald Trump said the WHO "must be held accountable" for not acting fast enough to sound the alarm on COVID-19.

"Had the WHO done its job to get medical experts into China to objectively assess the situation on the ground and to call out China's lack of transparency, the outbreak could have been contained at its source with very little death," President Trump said.

A senior administration official said the U.S. contributed roughly $453 million to the global health agency during the 2019 fiscal year. The U.S. contributes far more money than any other country.

President Trump's announcement comes as he's facing scrutiny over his handling of the coronavirus pandemic. He's been criticized for a lack of widespread testing and for failing to prepare hospitals for a surge of COVID-19 patients.

The U.N.'s secretary-general urged the U.S. against the halt in funding, saying now is "not the time" to be cutting resources to the WHO.

The president of the American Medical Association also called on President Trump to reconsider his decision, calling it "a dangerous move at a precarious moment for the world."