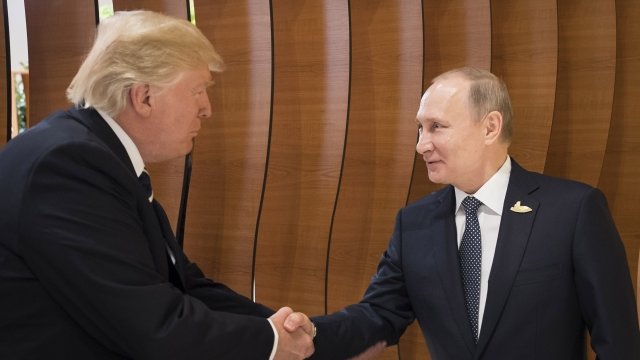 U.S. President Donald Trump and Russia's President Vladimir Putin spent over two hours talking to each other in an official meeting at the G-20 summit in Hamburg, Germany. But apparently that wasn't enough.

President of the consulting firm Eurasia Group, Ian Bremmer, reported that Trump and Putin had an informal hour-long meeting after that during a dinner for G-20 leaders. Putin's translator was the only other person in the conversation.

The White House later confirmed the meeting took place, calling it a "brief conversation." It was not previously disclosed.

The U.S. and Russia certainly have a lot to talk about. But the fact that there is no official government record of the meeting has some concerned. 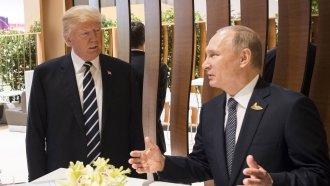 Bremmer said other G-20 attendees thought the second meeting was "weird." He told The New York Times: "They were flummoxed, they were confused and they were startled."

That could have something to do with the investigations into potential ties between Trump's presidential campaign and the Russian government.

Officials are looking into Russia's election hacking, Donald Trump Jr.'s meeting with a Russian lawyer and whether or not anyone on the Trump campaign colluded with Russia.

Despite the White House admission, President Trump tweeted: "Fake News story of secret dinner with Putin is 'sick.' All G 20 leaders, and spouses, were invited by the Chancellor of Germany. Press knew!"

Trump and his campaign have denied any nefarious involvement with the Kremlin. A White House statement said: "The insinuation that the White House has tried to 'hide' a second meeting is false, malicious and absurd."