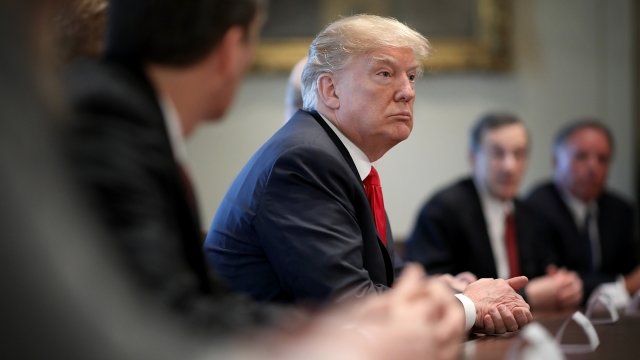 SMS
Trump Falls More Than 200 Spots On Forbes' Billionaires List
By Katherine Biek
By Katherine Biek
March 7, 2018
The 2018 list puts him at No. 766, where his net worth is estimated to be $3.1 billion.
SHOW TRANSCRIPT

President Donald Trump fell down quite a ways on Forbes' annual Billionaires List — 222 spots, to be exact.

Forbes attributes Trump's descent to a struggling real estate market in New York City and a decrease in revenue at his various properties and golf courses.

As of Wednesday morning, Bezos' net worth is estimated around $127 billion, which makes him the first centi-billionaire to land on Forbes' list.

The billionaires who made the cut this year are worth $9.1 trillion altogether.