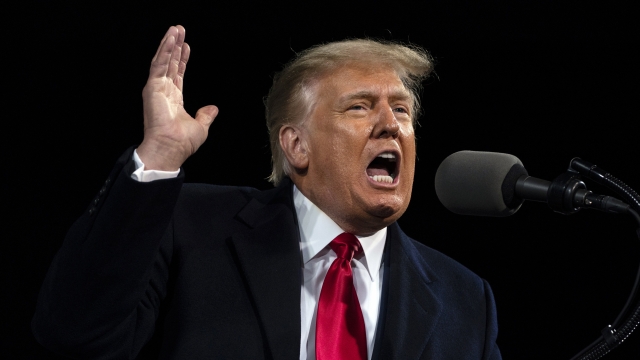 "So look," said former President Trump. "All I want to do is this: I just want to find 11,780 votes, which is one more than we have because we won the state."

Part of the focus is Trump's early January phone call with Georgia Secretary of State Brad Raffensperger asking him to find votes in the state he narrowly lost to Joe Biden. But Fulton County District Attorney Fani Willis has said the inquiry won't stop there.

"What I know about investigations is that they're kind of like peeling back an onion, and as you go through each layer, you learn different things," Willis said. "To be a responsible prosecutor, you must look at all of those things in investigation."

Willis asked state officials back in February to preserve records related to Trump's efforts to overturn election results, and now with a grand jury in place, subpoenas could be sent out requesting documents and information.

One expert says the former president could face a felony charge.

"That phone call to the Georgia secretary of state really looks like there could have been possible solicitation to commit election fraud, which is under Georgia state law, a felony," said Jared Carter of Vermont Law School. "So this is a very serious crime."

A Trump adviser has said there was nothing improper about the call.