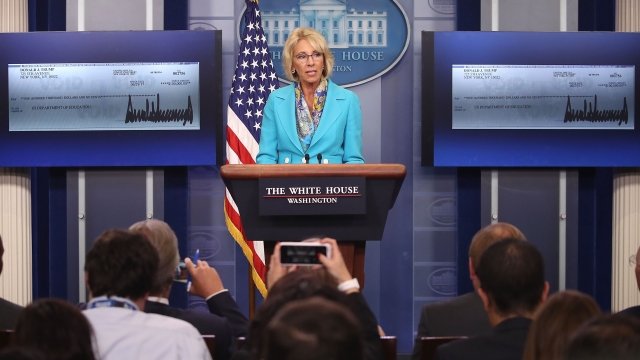 SMS
Trump's Salary Donations Don't Balance Budgets, But They Still Help
By Ethan Weston
By Ethan Weston
July 30, 2017
Instead of using the president's donations to balance budgets, departments that receive them are putting them to use on smaller projects.
SHOW TRANSCRIPT

President Donald Trump has donated his second-quarter presidential salary to the Education Department.

The $100,000 donation isn't likely to do much to offset the $9.2 billion in cuts to the department that the president's budget proposes.

But instead of trying to prevent possible budget shortfalls, the departments that have received presidential donations seem to be putting them to more focused uses.

In April, Trump donated his first paycheck — nearly $80,000 — to the National Park Service.

It was announced earlier this month that money is going to be used for restoration projects at Antietam National Battlefield. 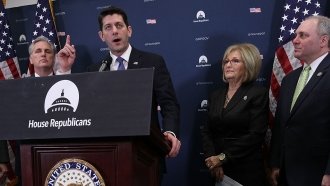 The battlefield commemorates a critical victory in the Civil War where Union soldiers managed to turn back the Confederate army's first northern invasion. It is still the single bloodiest one-day battle in American history.

Education Secretary Betsy DeVos appears to be following the park service's lead. She says Trump's donation will go toward a STEM-focused camp for students.

STEM stands for Science, Technology, Engineering and Math. DeVos is particularly interested in getting girls interested in STEM subjects. She and Ivanka Trump are working together to promote STEM careers to girls.