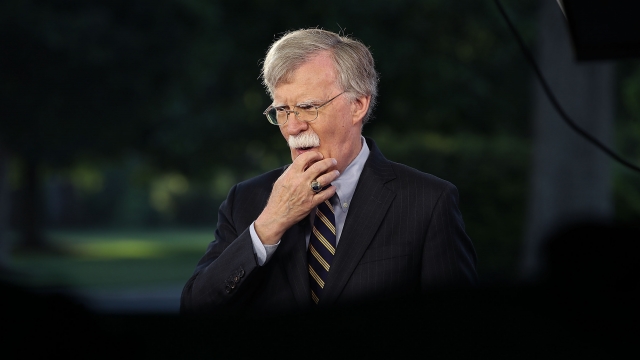 Now the book isn't out yet. But sources familiar with the manuscript told The New York Times that in the book, Bolton writes President Trump personally told him in August 2019 that he wanted to continue withholding military aid to Ukraine until officials agreed to investigate his political rivals.

The president dismissed the report on Twitter, writing, "I NEVER told John Bolton that the aid to Ukraine was tied to investigations into Democrats, including the Bidens." He continued, "If John Bolton said this, it was only to sell a book."

The Times' report prompted Democratic lawmakers to renew their calls for Bolton to testify in the ongoing Senate impeachment trial.

According to Bolton's adviser, his book has been submitted to the White House for review. She noted that his manuscript has not been passed on to anyone else.

Additional reporting by Zeke Miller and Eric Tucker of the Associated Press. Contains footage from CNN.