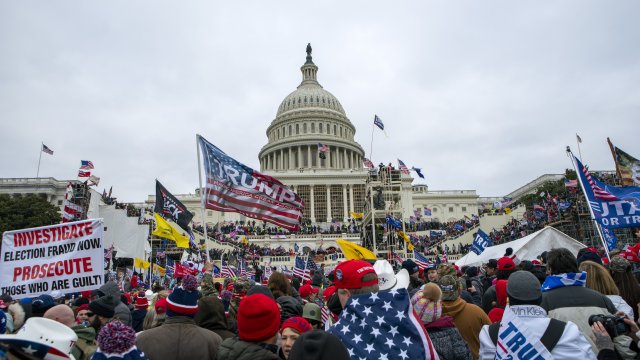 SMS
Trump Defends People Who Threatened Pence During Jan. 6 Riot
By Robin Dich
By Robin Dich
November 12, 2021
In a taped interview, Donald Trump defended those who had threatened to harm former Vice President Mike Pence during the January 6 riot.

In a taped interview with ABC News' Jonathan Karl, former President Donald Trump defended those who had threatened to harm former Vice President Mike Pence during the Jan. 6 riot.

The audio was shared with Axios. Let's take a listen.

KARL: Because you heard those chants — that was terrible. I mean —

TRUMP: He could have — well, the people were very angry.

This clip is from a 90-minute interview from March while at Mar-a-Lago.

It was for Karl's book "Betrayal," which hits stores next week.

Following numerous investigations, there has been no evidence of widespread voter fraud in the 2020 presidential election.