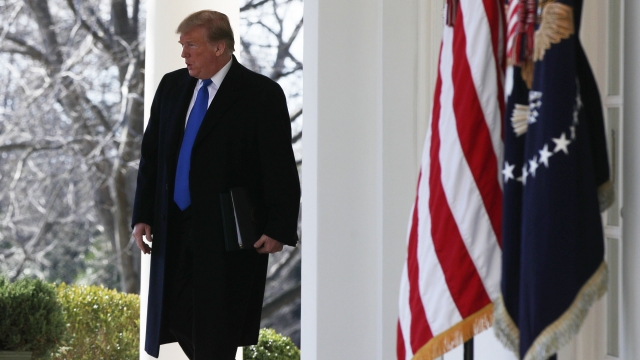 President Trump's declaration Friday allows him to access certain government funding to pay for a border wall without going through Congress. While it has drawn criticism from both Democrat and Republican lawmakers, it has also lead to several pending lawsuits.

The House Judiciary Committee said it's opening up an investigation into the president's actions, which it says "raises both serious constitutional and statutory issues." The Committee also wants answers from the White House and Justice Department as part of its investigation. The committee wants to know how they determined if there was an emergency at the southern border and if the money the president receives could be used to fund a border wall.

California Governor Gavin Newsom said in a statement “President Trump is manufacturing a crisis" and his plans will "shutdown and divert funds used by California law enforcement that run counter-narcotics operations and fight drug cartels to build his wall." He added "California will see [the White House] in court."

The ACLU said it will file a lawsuit early next week. The organization said the president's declaration "is a patently illegal power grab" and that "the emergency power that Trump has invoked, cannot be used to build a border wall."

Earlier in the day, President Trump said at a press conference that he "expects" to be sued over his declaration. Despite predicting he'll lose in the 9th Circuit, he believes he will ultimately win if the case is left to the Supreme Court to decide.