Trump Criticizes Vanity Fair For Apologizing Over Its Clinton Video 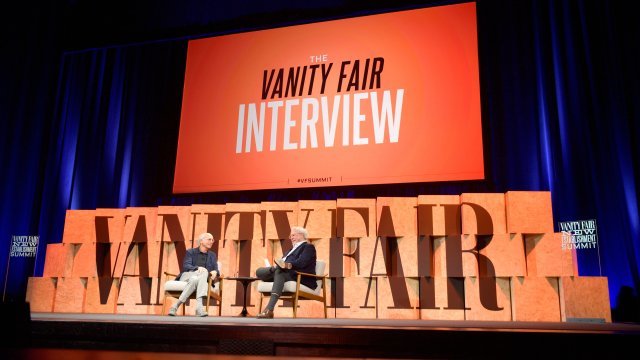 President Donald Trump is criticizing Vanity Fair after the magazine apologized for its video it now says was "an attempt at humor" that "missed the mark."

The video suggested former presidential candidate Hillary Clinton take up knitting or "literally anything" else instead of running again. It wasn't received well and prompted calls of sexism and gender bias.

The video was first published Dec. 23, but as of Thursday was still being criticized. Democratic strategist Peter Daou told the Guardian: "This is an extension of the mainstream U.S. media using a double standard in the way they've treated Hillary Clinton. It's repugnant."

The outlet apologized Wednesday, but that didn't sit well with Trump.

He tweeted Thursday, "Vanity Fair, which looks like it is on its last legs, is bending over backwards in apologizing for the minor hit they took at Crooked H."

He also criticized Anna Wintour, who's the editor-in-chief of Vogue, not Vanity Fair. Wintour is also the artistic director at Condé Nast, which owns Vanity Fair.

It's worth noting Trump has had a bone to pick with Vanity Fair over its past editorial decisions. 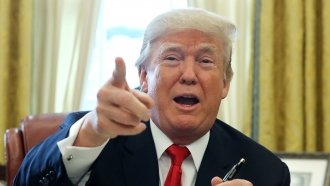 The magazine's previous editor Graydon Carter had dubbed Trump a "short-fingered vulgarian" decades ago during his time at Spy magazine. Trump responded, calling Carter "no talent" and "sloppy."