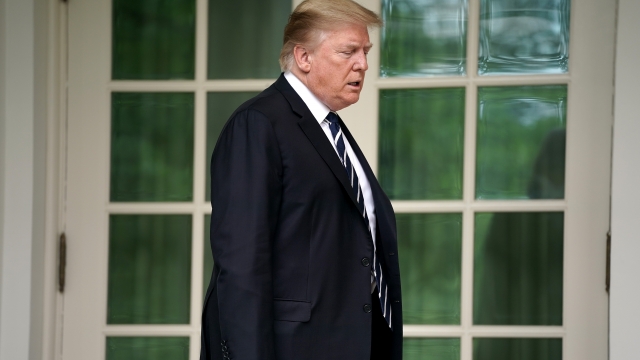 "Instead of walking in happily into a meeting, I walk in to look at people that had just said that I was doing a cover-up. I don't do cover-ups," President Trump said.

But he cut the meeting short and criticized Pelosi's accusation that he is engaged in a cover-up over special counsel Robert Mueller's Russia investigation. Let's start from the top.

Before the infrastructure meeting was scheduled to start, Pelosi told reporters House Democrats " believe the president of the United States is engaged in a cover-up."

Pelosi then joined Schumer at the White House to speak with President Trump. But sources told CNN their meeting only lasted a few minutes and ended when the president said he can't work with Democrats while they're pursuing investigations into his presidency.

Shortly after, President Trump called a surprise press conference in the Rose Garden to speak out against Pelosi's comments, Democratic investigations and calls for his impeachment.

"And I told Sen. Schumer and Speaker Pelosi I want to do infrastructure. ... But you know what? You can't do it under these circumstances. Get these phony investigations over with," President Trump said.

Pelosi and Schumer responded to the president's remarks during a press conference of their own.

"What just happened in the White House would make your jaw drop," Schumer said.

The heated back-and-forth comes as the president continues to fight Democratic efforts to investigate him over a number of issues, including obstruction of justice accusations and his personal finances and businesses.