Trump Might Want To Rethink Pulling Out Of The Paris Agreement 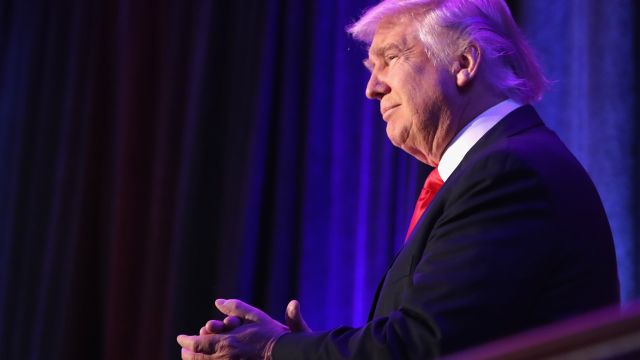 While on the campaign trail, President-elect Donald Trump promised to pull the U.S. out of the Paris Climate Agreement.

The agreement was ratified earlier this year. It required at least 55 countries representing 55 percent of global emissions to ratify it. The European Union, Canada and nine other countries bumped that total over the threshold.

SEE MORE: The Paris Agreement May Not Do What It's Supposed To

"I will direct every agency in government to begin identifying all wasteful, job-killing regulations, and they are going to be removed. This will include lifting the restrictions on American energy," Trump said at a rally in North Carolina.

But because the agreement is already in full effect, Trump can't formally withdraw from it — although he could simply ignore it.

The Paris Agreement does not include any legally binding emissions goals, only a promise by each country to try to pursue and strengthen the goals it set.

But former French President Nicolas Sarkozy has called for economic sanctions if Trump doesn't adhere to the agreement.

Sarkozy's criticism is more significant than other former European leaders'. He seems to be the frontrunner for the nomination from the center-right Les Républicains party. French presidential elections are coming up, and if he wins, he would become Trump's counterpart.

According to Radio France Internationale, Sarkozy said, "I will demand that Europe put in place a carbon tax at its border, a tax of 1-3 percent, for all products coming from the United States, if the United States doesn't apply environmental rules that we are imposing on our companies."

The threat of a carbon tax, combined with a hit to the United States' international reputation, could make Trump think twice about "pulling out of the deal."

The Paris Agreement was finalized quickly, in part, because of concerns about U.S. participation if Trump was elected. The president-elect has already started easing up on campaign promises, so it's unclear if he'll follow through with this one.