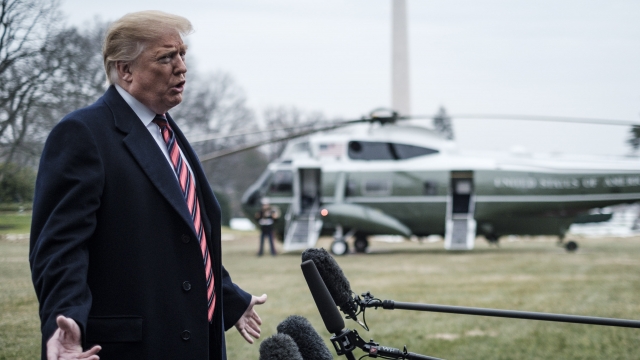 President Donald Trump tweeted Sunday morning that he's considering changing his plans for the State of the Union speech.

The tweet, directed at House Speaker Nancy Pelosi, said: "There are so many options — including doing it as per your written offer ... While a contract is a contract, I'll get back to you soon!"

There is no contract between the president and the Speaker of the House regarding the State of the Union. But Pelosi sent a letter to the president last week suggesting he postpone his address or deliver it in writing because of the government shutdown.

The tweet is the first public comment from President Trump about the issue, but it's unclear what option he's leaning toward.

The Constitution requires the president to update Congress, but it does not need to happen in person.