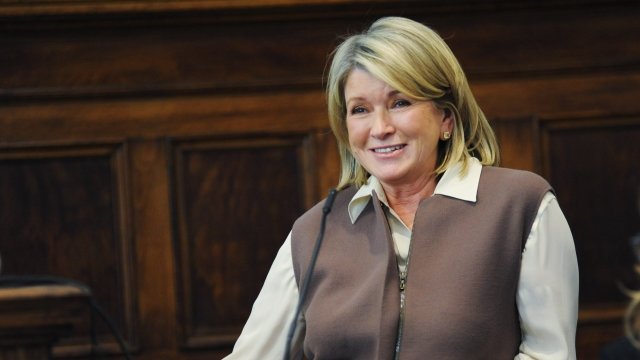 The president told reporters Thursday he believed Stewart was "harshly and unfairly treated" to a certain extent. She served five months in a federal prison for conspiracy, obstruction of justice and lying to federal investigators.

Trump is also considering commuting Blagojevich's sentence, saying the former governor of Illinois never should have been put in jail. Blagojevich is serving a 14-year prison term in Colorado for corruption.

Both the former politician and TV host have ties to Trump's "Apprentice" franchise. Blagojevich was a contestant on "The Celebrity Apprentice," while Stewart had her own "Apprentice" spinoff for one season.