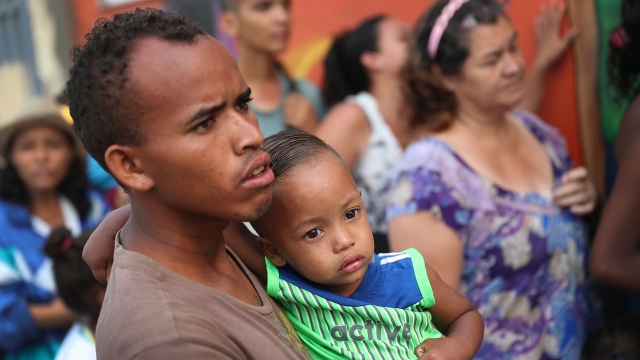 The president told reporters Tuesday that he's looking at the option "very strongly."

Reporter: "Do immigrants from Venezuela deserve asylum in the U.S. and why haven't you given them temporary protected status?"

President Trump: "We're looking at that and we're very much involved with the Venezuela crisis. It's a horrible thing, a horrible situation. It's been brewing for many years."

Last week, the United Nations announced that over 4 million people have fled Venezuela since 2015 to live as refugees or migrants elsewhere. One million have fled since last November.

Venezuela's humanitarian crisis started years ago but worsened after the county's presidential election last year. Nicolás Maduro was re-elected for another six years in power, but several countries and political leaders accused him of rigging the election. Opposition leader Juan Guaidó then declared himself interim president, and the U.S. was one of the first countries to officially back him.

President Trump has previously moved to end temporary protection status for citizens of other countries. But the Venezuelan ambassador to the U.S. said at a press conference Tuesday he's confident TPS or other relief for Venezuelans will happen soon.