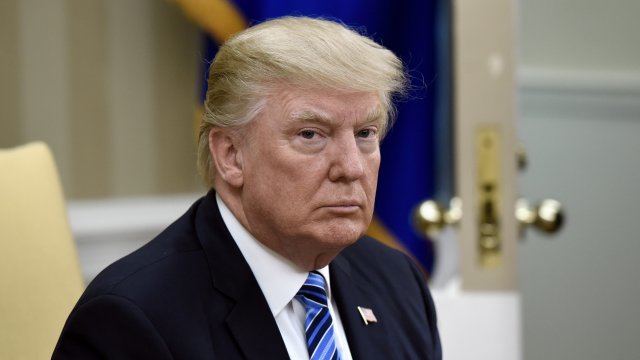 Trump said Russia and Iran were responsible for the apparent attack in Douma, the last rebel-held part of Eastern Ghouta in Syria. He said there'd be a "big price to pay" for what he suspects is their role in the "mindless" attack. Russia, which backs the Syrian government, has denied being involved.

These may be Trump's harshest public words about Russia so far. He's repeatedly denied that Russia meddled in the 2016 election to help his campaign.

He also recently congratulated Putin on winning what's been considered a very unfair election against the advice of his national security advisers.

Regarding a response to the reported Syrian attack, homeland security adviser Tom Bossert said Sunday the U.S. "won't take anything off the table," including a counterattack.