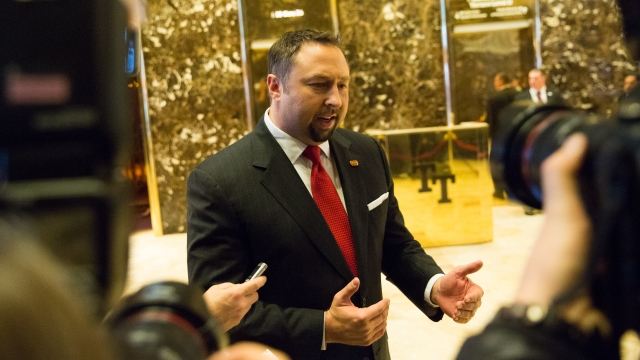 SMS
Trump's Pick For Communications Director Doesn't Want The Job
By Grant Suneson
By Grant Suneson
December 25, 2016
Jason Miller helped Donald Trump get to the White House, but he won't be joining him there.
SHOW TRANSCRIPT

It seems Donald Trump isn't getting the communications director he wanted for Christmas.

Jason Miller announced he's passing on the White House job. He said he and his wife are "excited about the arrival of our second daughter in January, and I need to put them in front of my career."

Miller joined the Trump campaign after serving as senior communications adviser on Ted Cruz's presidential bid. Before that, he worked at a Republican consulting firm.