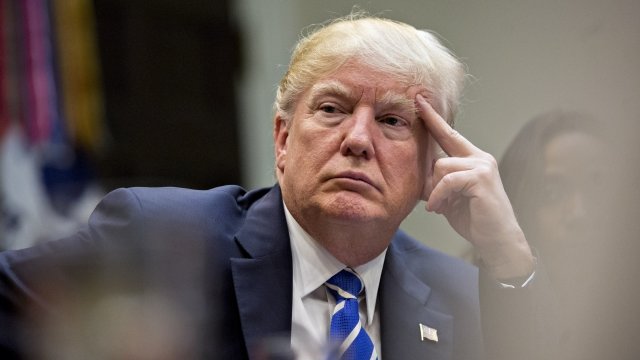 Trump made the announcement Thursday in a letter to House Speaker Paul Ryan. The canceled raises include a 2.1 percent across-the-board pay bump as well as an average 25.7 percent locality pay increase.

Trump justified the move by noting current law allows the president to make pay adjustments because of "'national emergency or serious economic conditions affecting the general welfare.'" He said federal agency budgets "cannot sustain such increases" and that the U.S. "must maintain efforts to put our Nation on a fiscally sustainable course."

The pay raises would have gone into effect in 2019. Instead, Trump said pay raises "must be performance-based, and aligned strategically toward recruiting, retaining, and rewarding high-performing Federal employees and those with critical skill sets."