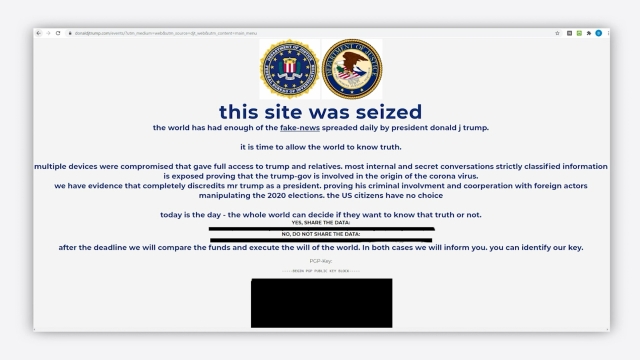 For a brief time, the site's homepage said things like "the world has had enough of the fake news spread daily," and also said it had information to discredit the president and his family. The hackers tried to solicit cryptocurrency payments to divulge the promised information. There's no information to back up those claims.

No word yet on who's responsible. But the campaign said there was no exposure to sensitive data and that it's working with law enforcement to find out the source of the attack.