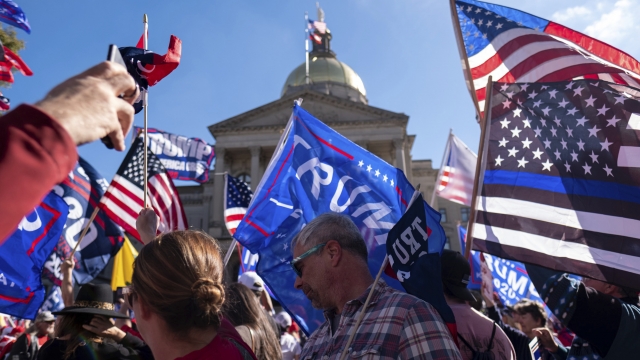 On Saturday, President Trump's legal team officially requested Georgia's secretary of state to recount each vote cast in the election. On Friday, Georgia certified President-elect Joe Biden's results that showed him winning the state by a razor-thin margin of 0.25 percent, or nearly 13,000 votes. State law allows a candidate to request a recount if the margin is less than 0.5 percent.

President Trump has called out Republican Governor Brian Kemp, criticizing a previous ballot audit as, quote, "a joke." In the letter, his legal team said, "President Trump and his campaign continue to insist on an honest recount in Georgia, which has to include signature matching and other vital safeguards."

Georgia Secretary of State Brad Raffensperger, who is also a Republican, said the state’s voting system "has never been more secure or trustworthy." He also ensured all ballots with signatures were verified twice.

County election officials have been notified of the recount, which will be done using scanners that read and tabulate the votes.