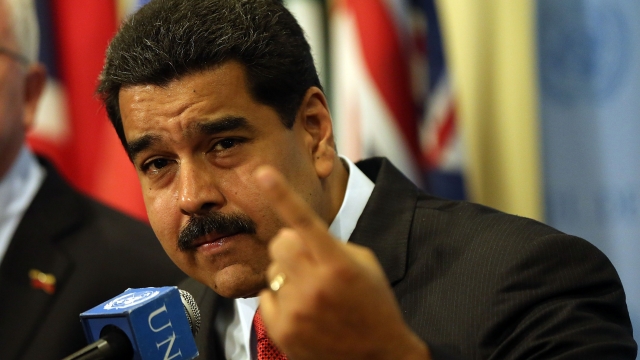 President Donald Trump reiterated his stance that Juan Guaidó is Venezuela's legitimate leader during a speech in Miami on Monday.

"If you choose this path, you have the opportunity to help forge a safe and prosperous future for all of the people of Venezuela. Or you can choose the second path: continuing to support Maduro. If you choose this path you will find no safe harbor, no easy exit and no way out. You will lose everything," President Trump said.

He also criticized Maduro for preventing humanitarian aid from entering the country and providing oil to Cuba, saying: "Maduro is not a Venezuelan patriot. He is a Cuban puppet."

Trump wrapped up his speech by saying the U.S. "will never be a socialist country."