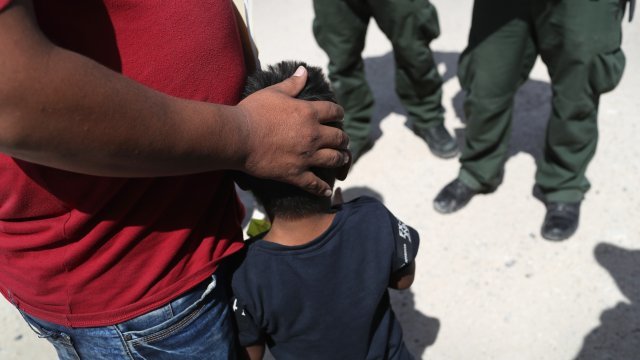 President Donald Trump and members of his administration have repeatedly said Democrats are to blame for children and parents being separated at the U.S. border.

"The Democrats forced that law upon our nation. I hate it. I hate to see separation of parents and children," Trump said Friday morning.

"But the separation of illegal alien families is the product of the same legal loopholes that Democrats refuse to close. And these laws are the same that have been on the books for over a decade. And the president is simply enforcing them," press secretary Sarah Sanders said Thursday.

But that's not exactly true. There is no law crafted by Democrats that requires families to be separated at the border.

While this practice isn't brand new, the recent uptick in separations is more closely tied to the Trump administration's newly imposed "zero-tolerance" strategy on immigration.

Attorney General Jeff Sessions announced the policy in early April. Then in May, when he promised to prosecute "100 percent" of people who cross the southwest border illegally, he told parents and families what they could expect.

"If you're smuggling a child, then we are going to prosecute you, and that child will be separated from you, probably, as required by law. If you don't want your child to be separated, then don't bring them across the border illegally," Sessions said.

Republicans in Congress have pledged to address this issue, and their recent compromise immigration bill would not allow guardians and children to be separated at the border.