Trump Wants The Terminally Ill To Have Access To Experimental Drugs 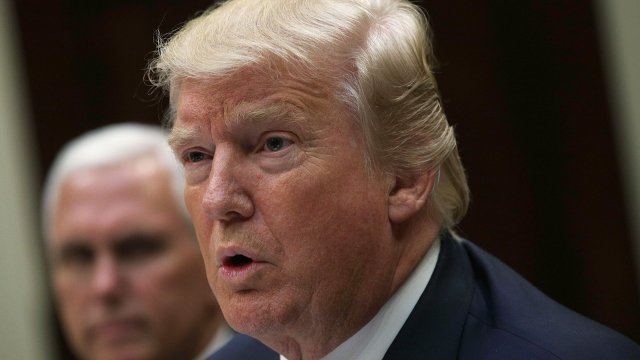 The "Right to Try" legislation makes it easier to pursue treatment options that don't have full Food and Drug Administration approval. Speaking in New Hampshire, Trump told supporters, "We are going to get it approved."

It's not the first time the president has backed the concept. He urged the House to pass current "Right to Try" legislation during his State of the Union address. Last week, the bill failed to make it through the House but could be brought up for a vote again soon. A Senate version of the measure passed last year.