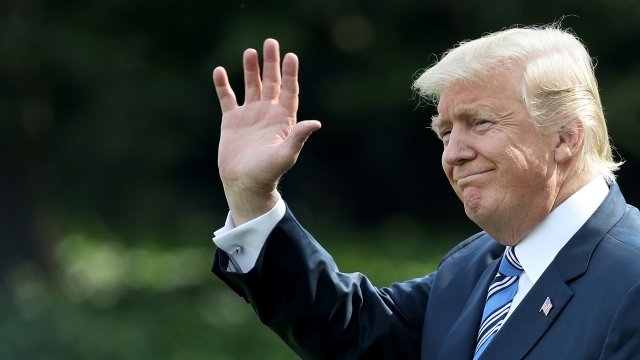 The administration has a few other immigration concessions it wants as well.

In a call with Republican staffers on Capitol Hill, the White House outlined its immigration reform plan. One White House official called the proposal a "dramatic concession."

But Democrats would also likely have to make some dramatic concessions of their own. For one, the plan would give the White House a $25 billion trust fund for Trump's so-called border wall and other infrastructure.

And Congress would have to modify family reunification policies, end the diversity visa lottery program, and allow for faster deportation of immigrants from countries not on the U.S. border.